Setting Your Sleep (Instead of Your Alarm)

A few years ago, a new owner of a tunnel wash operation in the Midwest had the misfortune of having a customer whose vehicle was damaged in their tunnel. At $2,200, the total claim wasn’t enormous, but it was still a large chunk of change for the new operator. This operator had contacted four agents when choosing his wash’s insurance, and ultimately chose to buy his insurance from a local agent who quoted the lowest price.

About five days after the initial claim was filed, the adjuster for the carrier called and notified the operator that they would deny coverage because the vehicle was in the wash operation’s “care, custody, or control” at the time of the damage (you know… take your hand off the wheel and put it in neutral), and their general liability policy specifically excluded coverage for that.

Turns out that most general liability policies exclude that coverage. This was the only car wash this local agent had ever quoted, and the new operator was left holding the $2,200 repair bill. (The coverage needed in this instance would have been garage keeper’s coverage, which provides coverage for damage to customer vehicles in your care, custody, or control.)

In this case, the wash owner’s insurance agent let him down and cost him $2,200. The insurance agent didn’t understand this man’s business and didn’t ask the right questions to ensure the wash was adequately covered given the nature and scope of the operation.

This story illustrates how important it is to choose the right insurance agent. In fact, it is probably more important than the insurance company and the policy you choose.

Your insurance agent is key to making sure you have the right commercial insurance policy. If they don’t do their job, it puts your entire business at risk. 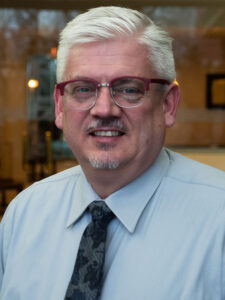 Dan is licensed in all states (except Alaska & Hawaii) and is the Vice President of Business Insurance Lines for Pearl Insurance. Dan has been assisting business owners in protecting their operations, customers, and employees for over 30 years. For questions regarding this blog post or any other insurance matter, he can be reached via phone at 800.447.4982 or email at dan.tharp@pearlinsurance.com.

Think Your Business Is Too Small to Get Hacked? Think Again.

Ransomware: What Business Owners Should Know