Is It Time for a Social Media Detox?

How to Prevent Slip and Fall Accidents

Variety is the spice of life, and Sam Daugherty—one of our digital marketing strategists—adds an undeniable zest to the Pearl family mix.

Just like the sweets he loves so much, Sam’s personality only gets richer the more of him you unwrap. So let’s do just that!

Artistry (with a Side of Misdemeanor)

Growing up, Sam wanted to be an artist. His passion for creation has taken on many forms over the years, but one of the earliest recognitions of his skill came as a teenager when he painted graffiti on a public surface… and got arrested for it.

Despite being in hot water, the police were so impressed with his graffiti they complimented his art. They also told Sam’s mom he was “the nicest person they’d ever arrested,” which shouldn’t surprise anyone who knows him. Sam may be occasionally mischievous, but his heart is always a shade of gold.

Art has remained important to Sam throughout the years. And even though his career path has had some twists and turns (including teaching high school social studies), he’s still able to channel that passion in his current job. Though digital strategy isn’t always thought of as an inherently creative role, Sam’s out-of-the-box style has been at the epicenter of many valuable contributions at Pearl.

But how exactly did he end up here?

After realizing it was time to move on from his previous job, Sam started looking.

“Pearl had an opening that I was qualified for, and I honestly didn’t know much about the company at that time,” he said. “I took it thinking it would get me by until I found something I really liked. Turns out, I didn’t want to leave! I ended up finding a great community of people that I will never forget.”

For Sam, it really is as simple as loving the people he works with. But that extends beyond his immediate coworkers all the way up to how the company itself is run. He’s seen firsthand how much the organization cares for its workers—especially in 2020.

“I have friends who have had to worry about being laid off or going back into an office with unsafe conditions. But never once have I felt like I was at risk of losing my job or like I had to choose between my career and taking care of my kids (who are also home 24/7). Pearl understands our unique struggles of balancing life with work, and that’s surprisingly hard to find these days.”

Sam has a wide array of interests outside of his career and creative endeavors. 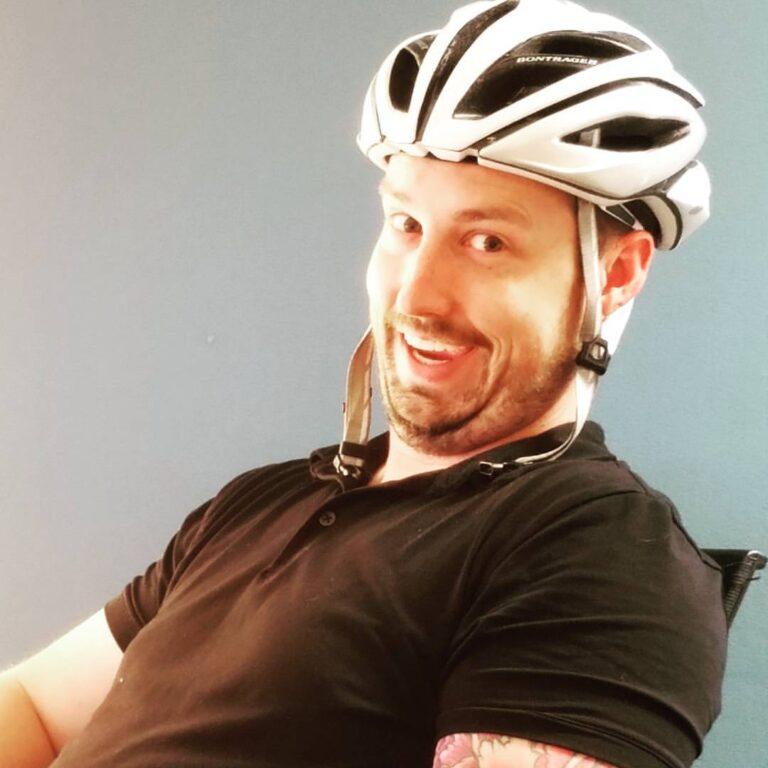 A lifelong resident of Central Illinois, Mr. Daugherty is an avid fan of hiking and biking (hey, you gotta burn off those calories somehow). Back in the good ol’ days when we could all share an office together, he would often commute to work on his bike—always with his helmet on—which helped earn him the nickname “Safety Sam.”

And for someone who enjoys outdoors activities as much as Sam, Peoria is a great place to live.

“Everything here is very convenient. I can walk to restaurants or jump on a bike trail. We have some of the best mountain bike trail systems in Central Illinois, along with some great hiking spots. It’s a good place to be.”

Sam is also very involved with his family—who, believe it or not, are sometimes even more entertaining than he is!

“My wife’s name is Daryl. On my first real date with her, she caught a snake with her hands while we were hiking like some kind of nature show host. That was neat.

“We have two kids—Ezra and Celéste. They’re adorable maniacs who say ridiculous things throughout the day that I try to write down so I can remember them forever. During a movie, Ezra will tell you everything that’s happening in it. He’ll give you a play-by-play whether you want it or not. And I’m pretty sure Celéste runs the house.”

With so much going on in life, how does Sam keep up with all of it? 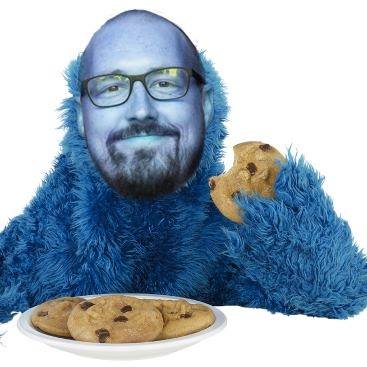 He claims one of his biggest talents is the ability to eat an insane number of Oreos in a single sitting—which has helped him develop his life’s motto:

“Eat more sweets. It’s really okay. But go outside and work it off when you can.”

And there you have it. Now heed Safety Sam’s advice and go grab some chocolate!

Leave a reply Click here to cancel the reply