Today, there are still many battles we are fighting to overcome. And gender equality is still near the top. The sad truth is it took women over 100 years to earn the simple right to vote.

As we look at the world we live in, adversity, discrimination, and inequality live on. But there is hope yet, and many will argue we’ve already come a long way.

With it being Women’s History Month, we found five women from the past who didn’t receive the credit their work deserved or were simply overlooked. We wanted to properly acknowledge them for the significant contributions they’ve made to the world. 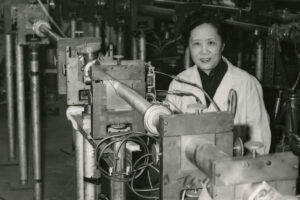 As a brilliant physicist, Chien-Shiung Wu was asked by her male colleagues, Tsung-Dao Lee and Chen Ning Yang, to help disprove the law of parity. Wu successfully disproved it by performing experiments with radioactive cobalt.

But you never would have known she played such an important role in science… Lee and Yang won the Nobel Prize for Wu’s work in 1957. Wu was never recognized. This drove her to become an advocate for women in science and a critic of human rights violations in China.

“I wonder whether the tiny atoms and nuclei, or the mathematical symbols, or the DNA molecules have any preference for either masculine or feminine treatment.” 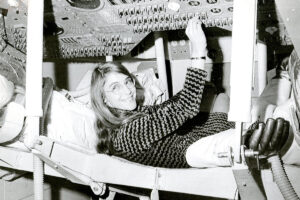 When you think about the first humans who landed on the moon, your mind likely jumps to Neil Armstrong and Buzz Aldrin. But what about the people behind the scenes… those who worked tirelessly to ensure the astronauts’ safe landing?

Margaret Hamilton worked as the lead software engineer for the Apollo mission. She and her team wrote the code and algorithms for the spacecraft’s in-flight software, including instructions for everything from how to run it to how to detect and troubleshoot problems. Hamilton’s work significantly contributed to Apollo 11’s safe moon landing. 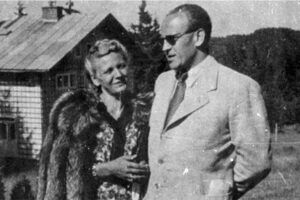 You’ve probably heard of the Oscar-winning film Schindler’s List. The film commemorates renowned humanitarian, Oskar Schindler, who saved the lives of 1,300 Jews during World War II. Oskar’s wife, Emilie Schindler, is portrayed as a supportive partner, but in reality, her role far surpassed that.

Emilie intercepted a caravan of wagons transporting 250 Jews to a death camp. She convinced the Nazis to release them to work in her husband’s factory. When she got the Jews to the factory, she nursed them back to health even though food was scarce and rations were restricted by the government. 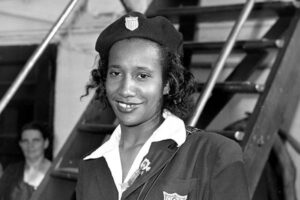 As an African-American, Alice Coachman was forbidden from training at athletic fields with white people. Determined to go to the Olympics and come home with the gold, she had to get creative. She used ropes and sticks for high-jump practice, often training barefoot.

In 1948, her hard work paid off. She became the first black woman to win an Olympic gold medal for the United States at the London Olympics and the first black person to receive an endorsement deal.

“If I had gone to the games and failed, there wouldn’t be anyone to follow in my footsteps. It encouraged the rest of the women to work harder and fight harder.” 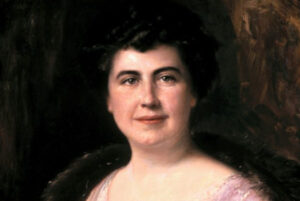 Though, to date, the United States hasn’t had a female president, First Lady Edith Wilson essentially ran the country for a year and a half. When her husband, President Woodrow Wilson, suffered a severe stroke in 1919, a tremendous amount of responsibility was added to her plate.

The 25th Amendment hadn’t been passed yet (and wouldn’t be until the 1960s), which means the vice president didn’t step in when the president became partially paralyzed and bedridden. Edith took charge, serving as the gatekeeper for all communications and giving orders on the president’s behalf.

We’re in it together.

We all have a responsibility to watch out for each other… men and women alike. To be each other’s advocates. To give credit where credit is due. To be the change we want to see in the world.

There’s no denying there’s always room for improvement. So let’s learn from history and unite together to strive for a better tomorrow.